Policemen in Uyo yesterday dispersed a protest by the next-of-kin of late retired primary school teachers in Akwa Ibom State who were marching to the Government House over non-payment of the entitlements of their deceased relatives.

Our correspondent Anthony Esin reports that the armed policemen who surrounded the venue of the protest at Wellington Bassey Way shot in the air at about 6:45 pm while chasing the protesters who mobilized to the protest ground since morning, demanding to see the state Governor, Udom Emmanuel.

Asked whether the action by the police was triggered by any form of unruly behaviour from the protesters, the protesters denied being violent at any point during the protest.

On why they decided to embark on the protest, the aggrieved relatives of late primary school teachers accused the state government of paying only the entitlements of selected individuals who are relatives of top government officials at the expense of the vulnerable ones.

Our correspondent reports that while the policemen said they decided to disperse them so the protest would not be highjacked by hoodlums, the protesters vowed to keep protesting until their backlog of entitlements is paid by the government. 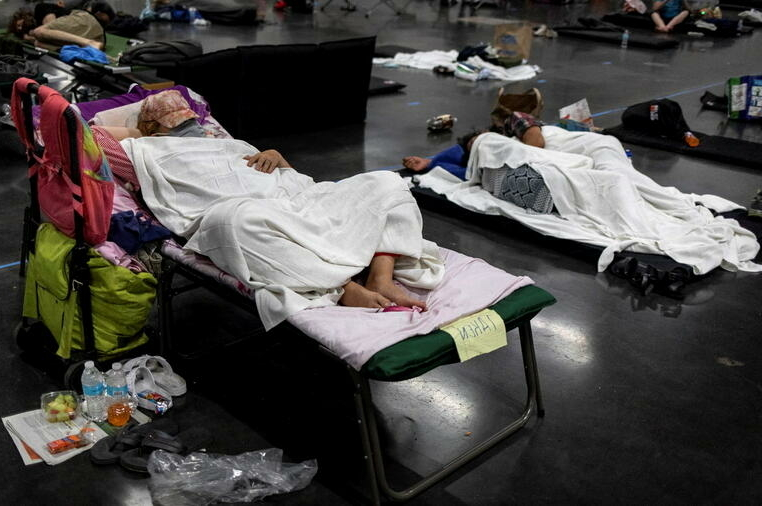 Dozens of people die in Canada amid unprecedented heatwave

Dozens of people have died in Canada amid an unprecedented heatwave that has smashed temperature records.

Police in the Vancouver area have responded to more than 130 sudden deaths since Friday. Most were elderly or had underlying health conditions, with heat often a contributing factor.

Canada broke its temperature record for a third straight day on Tuesday – with 49.6 Celsius in Lytton, British Columbia.

The U.S north-west has also seen record highs – and a number of fatalities.