The World Health Organization has endorsed the RTS,S/AS01 malaria vaccine, the first against the mosquito-borne disease that kills more than 400,000 people a year, mostly African children.

The decision followed a review of a pilot programme deployed since 2019 in Ghana, Kenya and Malawi where more than two million doses were given of the vaccine, first made by the pharmaceutical company GSK in 1987.

Children across much of Africa are to be vaccinated against malaria in a historic moment in the fight against the deadly disease.

Malaria has been one of the biggest scourges on humanity for millennia and mostly kills babies and infants, and having a vaccine – after more than a century of trying – is among medicine’s greatest achievements.

Dr Tedros Adhanom Ghebreyesus, director-general of the WHO, said it was “a historic moment”.

Many vaccines exists against viruses and bacteria but this was the first time that the WHO recommended for broad use a vaccine against a human parasite. 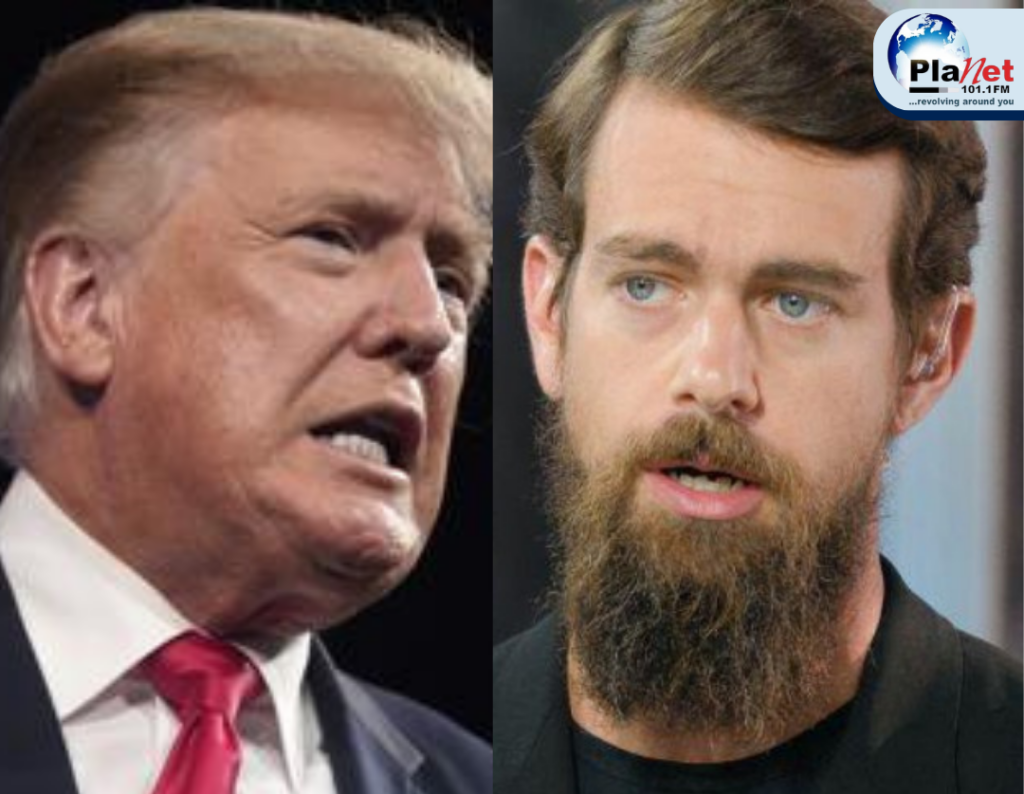 Former U.S. President, Donald Trump has asked a federal judge in Florida to force Twitter to restore his account, which the company suspended in January following the deadly storming of the U.S. Capitol.

Recall that Trump was banned from Twitter on January 8 after two of his tweets were reported to have violated Twitter policy. Twitter cited “the risk of further incitement of violence” as the reason for ultimately banning President Trump from Twitter permanently. This came shortly after the riot on January 6 that saw hundreds of Trump loyalists storm the Capitol, resulting in five deaths and 150 injured.

In the filed motion, Trump asked a District Court Judge for the Southern District of Florida for a preliminary injunction that would see his Twitter account restored albeit temporarily. The motion states that Twitter censored President Trump, and thus violated his First Amendment rights by banning him.

President Muhammadu Buhari has sued for peace and stability in Ethiopia, amid the many challenges facing the East African country.

Buhari who made the call at the inauguration of Prime Minister Abiy Ahmed for a second five-year term in office pledged that Nigeria would continue to support the unity and territorial integrity of Ethiopia.

The President told the newly-inaugurated Prime Minister that Nigeria, like many countries, was counting on his leadership to unleash the great economic potentials of Ethiopia by expanding investment opportunities, deepening relations and building trust at home and abroad.

He also commended the courage and commitment of the people of Ethiopia to the values and principles of democracy on the elections that brought the 2019 Nobel Peace Laureate back to power. According to Buhari, the outcome of the elections held in June is a reflection of the desire of the Ethiopian people for transformation through a free, fair and credible electoral process.

The National Association of Resident Doctors has suspended its nationwide strike.

The strike which began on August 2 has been suspended with effect from 8 am tomorrow Wednesday, according to the President of the association, Doctor Godiya Ishaya.

Ishaya, in an interview with newsmen, said they are suspending the strike for six weeks to give room for movement in some of the items they noticed a stalemate, including the enrollment of their members into the IPPIS and payment of their areas.

“On the issue of ‘no work, no pay,’ the president of the association said they have not agreed to forfeit their salaries, adding that their strike was unnecessarily prolonged because of the government’s response to the strike.

Ishaya however added that the National Executive Council of the Association would meet after six weeks to determine the next line of action.

President Muhammadu Buhari has given conditions the suspension of the Microblogging site, Twitter would be lifted in the country.

Disclosing this in his nationwide broadcast to Nigerians to mark the nation’s 61st independence, Buhari said the Twitter ban would be lifted if Nigerians continue the use of the platform for business and positive engagements.

According to Buhari, to support the country’s approach to fighting banditry, the Nigerian Armed Forces have recruited over 17,000 personnel across all ranks, adding that he had also approved for the Nigeria Police Force to recruit 10,000 police officers annually over the next six years.

Vice President, Professor Yemi Osinbajo, has admitted that the Nigeria Police Force is not properly funded, attributing it as the major challenge facing the security agency.

Speaking during the commissioning of the Police Barracks, Special Protection Unit (SPU) base 6 at Omagwa in Ikwerre Local Government Area of Rivers State, Osinbajo said the Federal Government worked with the National Assembly to enact the Police Trust Fund Act. Osinbajo, who was representing President Muhammadu Buhari, however maintained that despite the challenges, the Federal Government is committed to improving the livelihood of police personnel.

On his part, Rivers State Governor, Nyesom Wike said the Niger Delta Development Commission (NDDC) is a cash cow for politicians in the country. While noting that the problem of the NDDC is not just the Niger Delta region but the entire nation, Wike asked the commission to work for the people.

Neal Maupay scored a dramatic last-minute equaliser to salvage an unlikely draw for Brighton at Crystal Palace in a feisty 1-1 draw.

After Chelsea and Liverpool both failed to win at the weekend, a win for Graham Potter’s team would have lifted them to the summit but a Wilfried Zaha penalty on the stroke of half-time looked to have flattened them.

It was Palace who played with the required punch and aggression, summed up by Conor Gallagher’s determined burst that won the penalty after a lazy challenge from Leandro Trossard.

South Korea’s President Moon Jae-in has raised the possibility of banning the consumption of dog meat in the country.

Most Koreans have never eaten dog meat, and demand for it has dwindled in recent years.

But it is estimated that up to one million dogs are still slaughtered for food each year in South Korea.

Speaking during a meeting with the prime minister, Moon questioned whether it was time to “prudently consider” a ban.

He made the comments as he was briefed on new measures to protect abandoned animals in the country.

The Federal Government has said 484,000 Nigerians have been enrolled into the Basic Health Care Provision Fund as of April 2021 in its efforts to implement the National Health Act.

The Secretary of the Ministerial Oversight Committee of the Federal Ministry of Health, Dr Chris Isokpunwu, disclosed this in an interview with newsmen.

The National Health Act 2014, which was signed into law on October 31, 2014, provides a legal framework for the regulation, development and management of the nation’s health system.

Part 1 Section 11 of the law makes provision for the establishment of the Basic Health Care Provision Fund, which provides for not less than one per cent Consolidated Revenue Fund for health funding.

Governor Emmanuel who made this known while playing host to AKISAN who paid him a courtesy visit in Government House, Uyo, lauded the initiative by the non-profit organization to organize training programs for the teeming youths, acknowledging that their contributions towards the wellbeing of youths indicate their interest to encourage youths in the state to be meaningfully engaged.

The Governor who was represented by the Secretary to the State Government, Dr. Emmanuel Ekuwem, assured AKISAN of partnership to encourage entrepreneurial growth to be sustained among the youths in the society. He also called on AKISAN to publicize and project their programs widely for Akwa Ibom youths to benefit maximally.

In his remarks, the National President of Akwa Ibom State Association of Nigeria and leader of the delegation,  Itoro Akpan-Iquot, felicitated with the state on its 34th-anniversary celebration and commended Governor Udom Emmanuel’s developmental strides across the state in the past six years on the saddle of leadership.