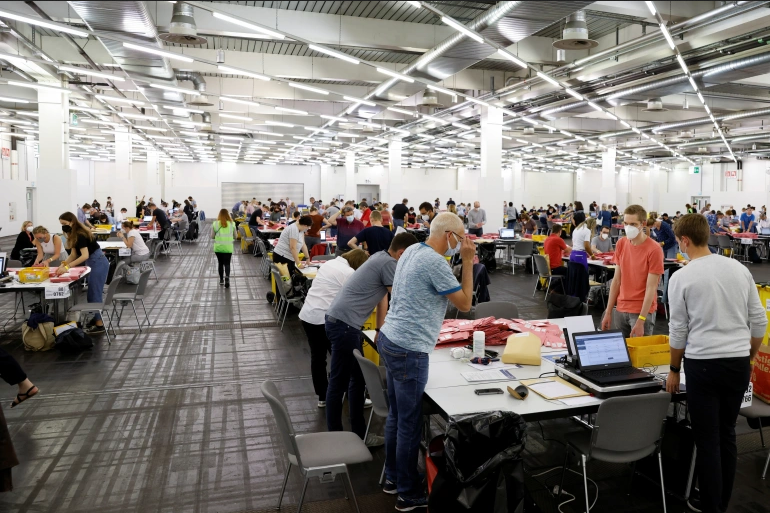 Merkel’s successor, Armin Laschet, is still vowing to form a government, but his conservative CDU party has seen its worst performance in history.

The SPD currently leads by a small margin, but the results are not yet final. Their leader Olaf Scholz says his party has a clear mandate to rule.

IN THE UK – The government is to suspend competition law to allow oil firms to target fuel deliveries at petrol stations following recent panic buying.
Officials said the move would make it easier for companies to share information and prioritize parts of the country most at need.

It follows days of long queues at the pumps after fears of disruption to the fuel supply sparked panic buying. Ministers are also considering deploying the Army to deliver fuel.