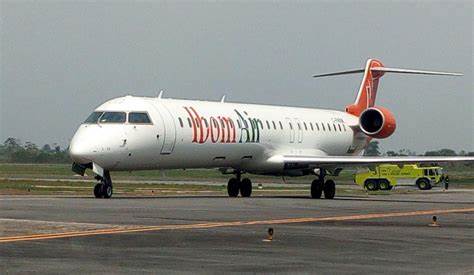 Akwa Ibom state Governor Udom Emmanuel has announced that 10 more Aircraft would be added to the fleet of Ibom Airlines to boost its operations, before the end of his government in 2023.

Governor Emmanuel who made the announcement when he led some members of the PDP Governors’ Forum and other government officials to the reception of two brand new airbus A220-300 series Aircraft, at the Victor Attah International Airport, said the arrival of the new aircraft marked a milestone in aviation development in the country.

The governor further noted that the MRO and International Terminal Building at the Victor Attah International Airport, would soon be completed.

On his part, the Governor of Sokoto State and Chairman of PDP Governor’s Forum, Aminu Tambuwal, who formally received and inaugurated the planes, commended the Akwa Ibom State governor Udom Emmanuel for his achievements in all sectors of the economy especially in the aviation sector.

Earlier while giving details and highlights of the new A220-300 series Aircraft, the Managing Director of Ibom Air, Captain Mfon Udom, said the aircraft are the newest and most advanced passenger planes in the world.

Government house correspondent Jane Uwa reports that Ibom Airlines, which commenced regular passenger services in June 2019 with flights to Lagos and Abuja, now has seven aircraft in its fleet with plans to commence regional flights to some African countries.