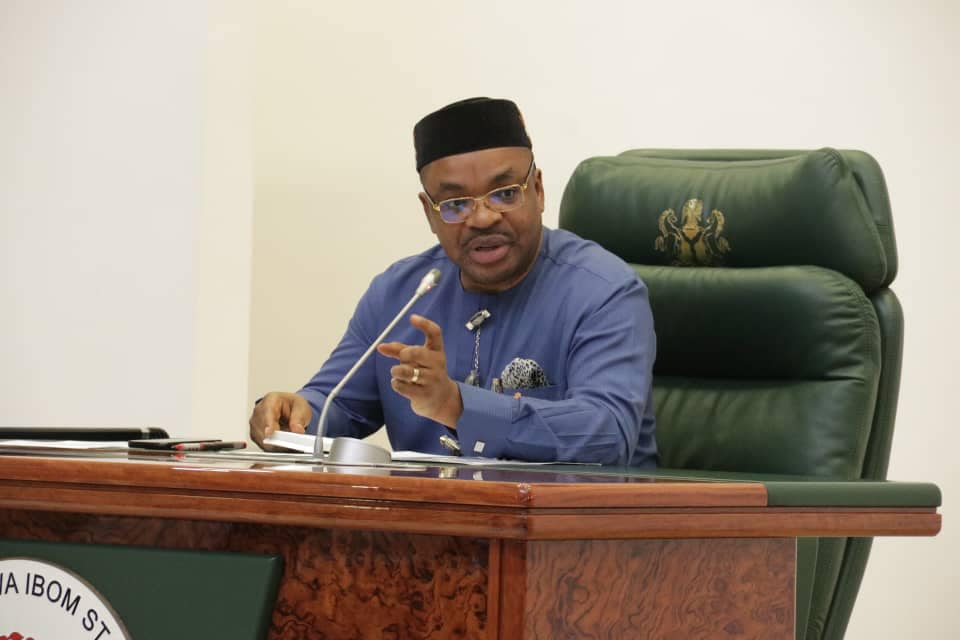 Akwa Ibom State Governor Udom Emmanuel has announced the readiness of his government to partner with the Akwa Ibom State Association of Nigeria, AKISAN, USA in the development of the state.

Governor Emmanuel who disclosed this when some officials of the AKISAN visited him at the state Government House, Uyo, assured that his administration will partner with the Association to achieve their programmes and set goals for the state.

Earlier in his address, the President of AKISAN in the USA, Itoro Akpan-Iquot, who led the team on the visit to the governor, said they were in the state to explore ways to impact on the lives of the people and encourage the exportation of the goods and services from the state.

Government house correspondent Jane Uwa reports that the Akwa Ibom Indigenes in the Diaspora also presented some souvenirs to the governor.