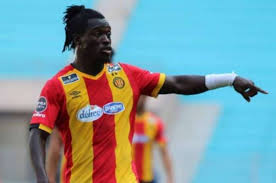 The 26-year-old scored only two goals in 11 appearances for
Esperance.

Lokosa fell out of favour with Esperance’s new coach Moine
Chaabani, as the 39-year-old told the management that Lokosa, along
with two other players were not part of his plans.

The former First Bank marksman struggled with fitness since linking
up with Esperance from Nigeria Professional Football League side
Kano Pillars on a two-and-half-year-deal in 2019.